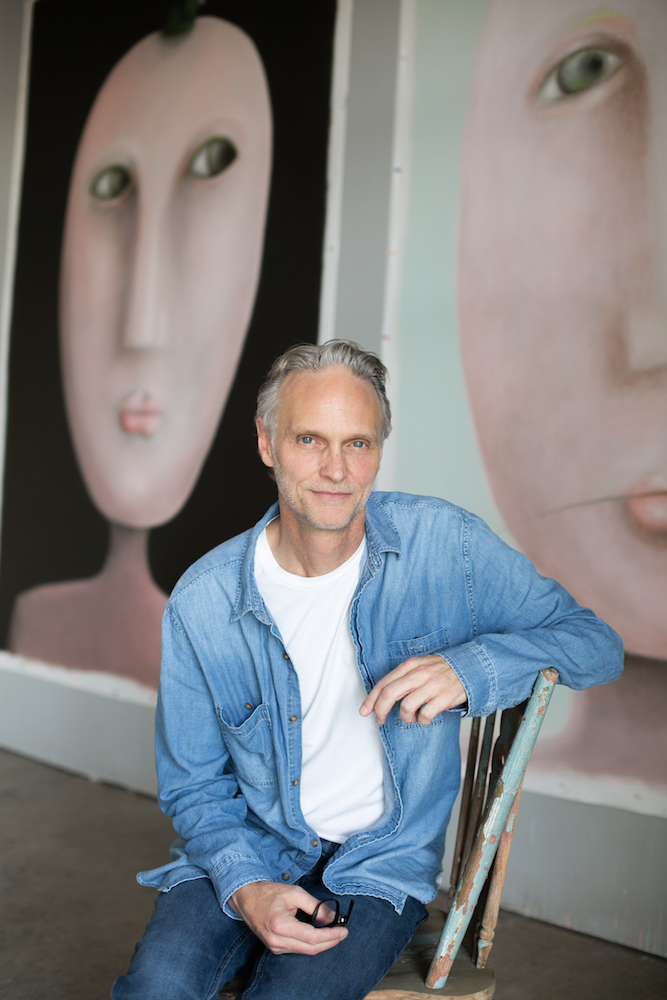 The idea of meditation and contemplation play a major role in the paintings of artist Craig Carlisle. His paintings articulate indelible images which evoke an emotional response from the viewer. The series of heads are generally large canvas’s deliberately created on a scale that will empower a room. Each expression Carlisle creates in his paintings are meant to pull from one’s subconscious. The heads are typically anonymous and genderless, almost child-like. Carlisle opts to place the focus for the viewer on the expression of each head, thus eliminating the personal style we create for ourselves with hair or fashion.

“I never use humans as reference for my paintings, instead I create fictitious characters. Through these, I channel the emotions each of us experience in our daily lives.”  says Carlisle.

Carlisle’s series of head paintings he created in the early to mid 90’s helped him become a deeply respected artist who is an original visionary. Though the heads have seen many expressions and stylistic changes over the past two decades, they remain unique works of art.

Craig Carlisle (1964) was born in Oklahoma and moved to Ohio where he received his BFA at the Columbus College of Art and Design in 1988. He has lived and worked in NYC, San Francisco, Los Angeles and Columbus. Currently Craig has a studio in his home which is located just outside of Nashville TN. The artist has exhibited in numerous galleries and museums and is highly sought after by art collectors around the world.